Production: The little cask that could 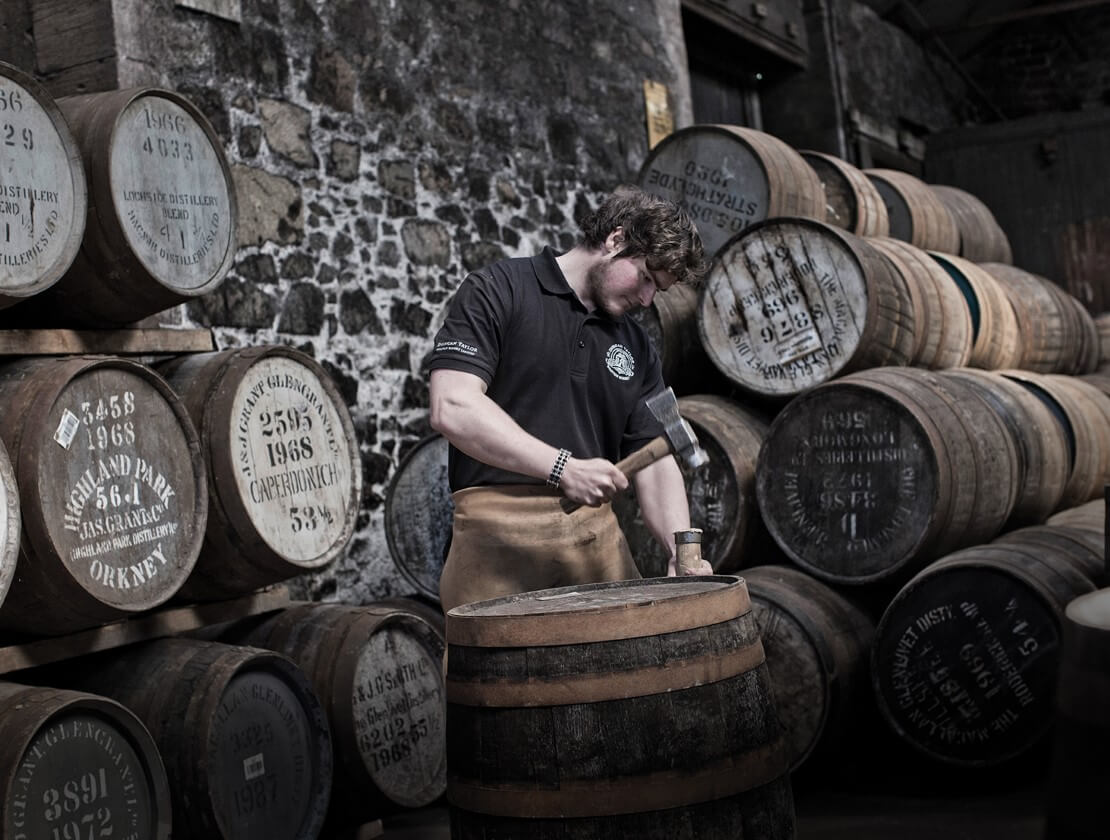 As with the advent of many of history’s great inventions, the octave cask was not the product of fastidiously and carefully developed methodology, but rather the consequence of serendipity – a happy accident. It stands among countless other items that we now take for granted: penicillin, Coca-Cola, microwave ovens, and even cornflakes were unexpected and fortuitous discoveries made whilst in pursuit of something else. Indeed, the same can be said of the effect oak casks used to transport Scotch across the country – sometimes legally, sometimes not – had on the colour, aroma, and flavour of the spirit contained within.

In the often-romanticised 18th and early 19th century, when the clandestine operations of illicit distillers and smugglers were gradually transformed into a strictly governed and regulated industry, whisky would have been smuggled out from remote, hidden pot stills by any means possible. In central and northern Europe, wooden casks had been used for many centuries beforehand to store anything from vinegar and pickled fish, to precious metals and gunpowder – and likely everything in between. As such, they were considered the vessel of choice for transporting Highlanders’ precious liquid from the mountainside to the marketplace.

Keep reading at https://whiskymag.com/story/the-little-cask-that-could
Back to Articles
Use left/right arrows to navigate the slideshow or swipe left/right if using a mobile device