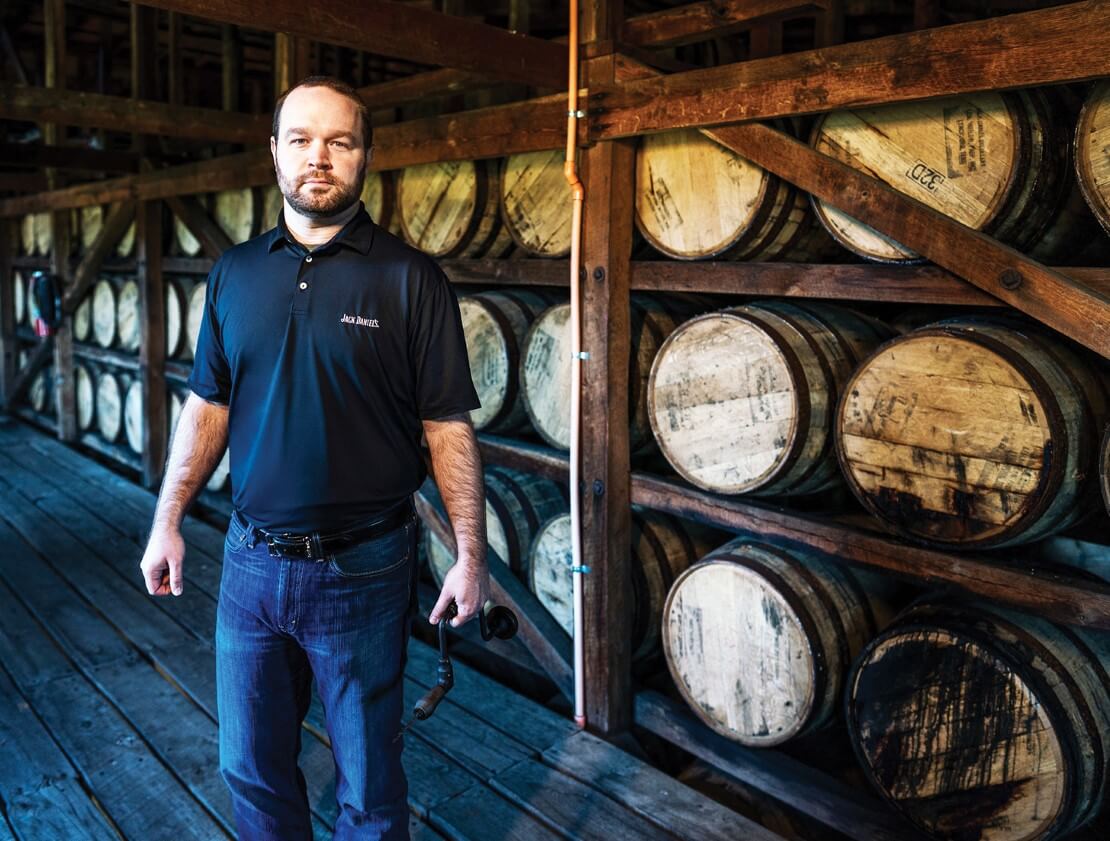 There’s a mounted fish hanging above the door inside master distiller Chris Fletcher’s office at Jack Daniel’s Distillery in Lynchburg, Tennessee. It’s a muskie that was caught in Tennessee sometime in the mid-1960s and it’s about four feet long. It’s the same fish that’s pictured, hook in nose, in an advert for Jack Daniel’s whiskey that sits framed on a shelf near the door. In the ad, a man with soft features and an ecstatic grin holds it up to the camera. “Nobody fishes any better than our head stiller,” the text reads. “According to our friends, nobody makes whiskey any better either.”

Fletcher can see both of them from his desk, a handsome, well-worn piece of furniture that once belonged to the man in the ad, whose name is Frank Bobo. He was Jack Daniel’s head distiller, from 1966 through 1989, and Chris’s grandfather.
When I caught Chris on a video call on a Monday in early November, he swiveled his chair at one point in our conversation and grabbed an old bottle of Jack Daniel’s Old No. 7, the brand’s touchstone. A friend of his who lives near Boston had sent it to him. It was produced in the 1960s, Chris said, inspecting the underside of the bottle, which means it was distilled when Frank was running the historic Lynchburg facility. He’s not sure when he’ll finish the few pours remaining in the bottle. I got the sense he didn’t necessarily want to. Keeping it around is a nice way to stay connected with his lineage.

Keep reading at https://whiskymag.com/story/in-high-demand
Back to Articles
Use left/right arrows to navigate the slideshow or swipe left/right if using a mobile device