by Warriors & Whiskey April 20, 2021
The ninth working distillery on the Isle of Islay is the culmination of one whisky family’s dream
By Patrick Connelli 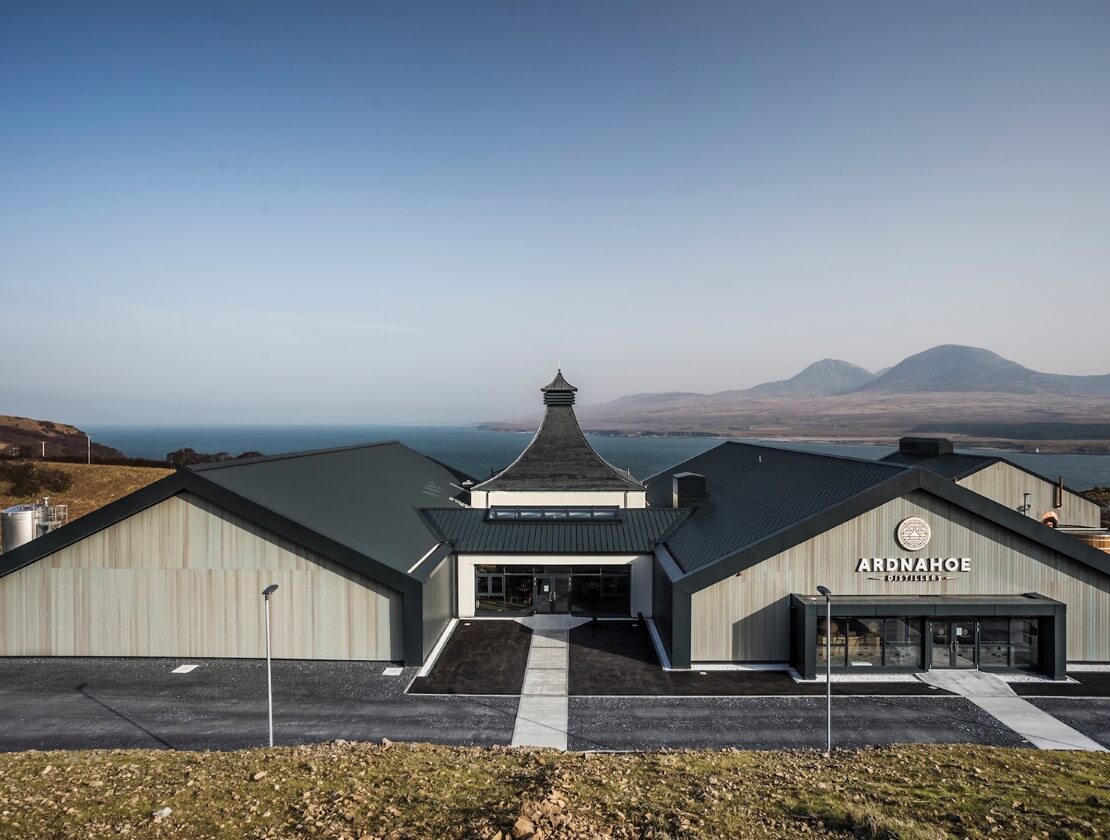 There are several elements that need to be put in place to establish a successful whisky distillery; location is one of the most important, closely followed by having the right team in place. With regards to the former, Ardnahoe Distillery couldn’t have a better placement, perched as it is on Islay’s northern coast and overlooking the Isle of Jura. As for the latter, it is family bonds, as well as vast industry experience, that ensures the company behind the project had the strongest possible foundations on which to build Islay’s ninth working distillery.

Overseen by patriarch Stewart Laing – a whisky veteran of almost 60 years – the project saw the experienced managing director, along with sons Scott and Andrew, take the next step in the evolution of their business. Already successful independent bottlers in their own right, Scott and Andrew had previously set up their own whisky company, Edition Spirits, and later joined their father to create a new company, Hunter Laing. This new entity formed following Stewart’s departure from Douglas Laing, the company established by his grandfather that’s now headed by his brother Fred and niece Cara. Using the knowledge, expertise and stock the trio had built up over three generations, Hunter Laing and Ardnahoe Distillery further safeguard the legacy of this venerable whisky family.

Keep reading at: https://whiskymag.com/story/arise-ardnahoe
Back to Articles
Use left/right arrows to navigate the slideshow or swipe left/right if using a mobile device